Eye care professionals specialize in understanding how the human eye really works, as well as diseases and conditions that affect your vision – many of which do not have obvious symptoms. Eye doctors know how age and risk factors affect vision over time for young and old, and they understand the benefits and features of corrective lenses including eyeglasses and contacts.

Our optometrist takes the time to explain the results of your eye exam, describe your options and listen to your eye care needs. Because maintaining good eye health is an ongoing partnership, we encourage you to ask questions and share your health information, which could be vital to monitoring, diagnosing and treating potential vision problems. 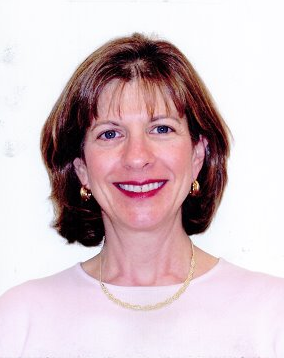 Dr. Paul has been in practice for 34 years.  During this time she has become a specialist in contact lenses, orthokeratology, dry eyes, patients with Intellectual Disabilities and anterior ocular disease.  She belongs to the Florida Optometric Association, the Special Olympics Opening Eyes and JIA Business Group.

Dr. Paul was born and raised in Augusta, Ga. until she was 12 years old and then moved to Philadelphia, Pa. In 1987, after completion of PCO, residency, and graduate work she moved to Miami where her and her husband had a private practice.  They sold the practice in 2006 and now call Fernandina Beach home.

Dr. Paul got into the optometry field because she knows and understands what it’s like not be able to see clearly and wanted to help people in the same situation.  She started wearing glasses when she was 6 years old and PMMA when she was 14.

Her greatest satisfaction comes from working with Special Olympics Opening Eyes.  Since joining them in 1998 she has been able to help so many individuals who were thought to have no ability to perform an eye exam or benefit from the use of glasses.  She has seen teenagers who would never leave the side of their parents, be able to say “I am off on my own” as soon as they put on that first pair of glasses.

Outside of the office she loves to travel, meet new people and learn the history, architecture, culture and food of new places. Her hobbies include cooking and trying different cuisines. She trains and participates in half marathons and 15K's.  She loves reading and is am a member of her neighborhood book club.

Dr. Paul has been married for 28 years to David Fitzgerald, who is a licensed optician and they have 3 thorough breed street cats.

I am happy to announce my retirement effective May 29, 2021.  Starting June 14th, your records are being transferred to Dr. Chandra Williams at River City Vision Center located at 12961 North Main St. #203, Jacksonville, FL, 32218.

Her phone number is (904)696-2027.  You will also still be able to call my phone number on your prescription cards and it will transfer to her office.

Thank you for the privilege of being your eye doctor and getting to know you.

All the best to you.Adele Paul, O.D.